The following is being posted on behalf of Central Texas ARA:

Dustin Ray Hamby, aka “Chef Goyardee”, is an Austin-based Neo-Nazi and cook who now serves as the Austin area Network Directing Officer for the fascist group Patriot Front. His most notable activities include leading the Texas fascist delegation to the Nazi “Unite the Right” rally in Charlottesville and coordinating security for a Richard Spencer talk in Florida.  Dustin was previously doxxed by Autonomous Student Media here, but no connections were made to his identity as Chef Goyardee or the extent of his involvement in fascist activity. Flyers have been posted around his apartment and surrounding neighborhood in Austin this week with information about Dustin’s Nazi activity. 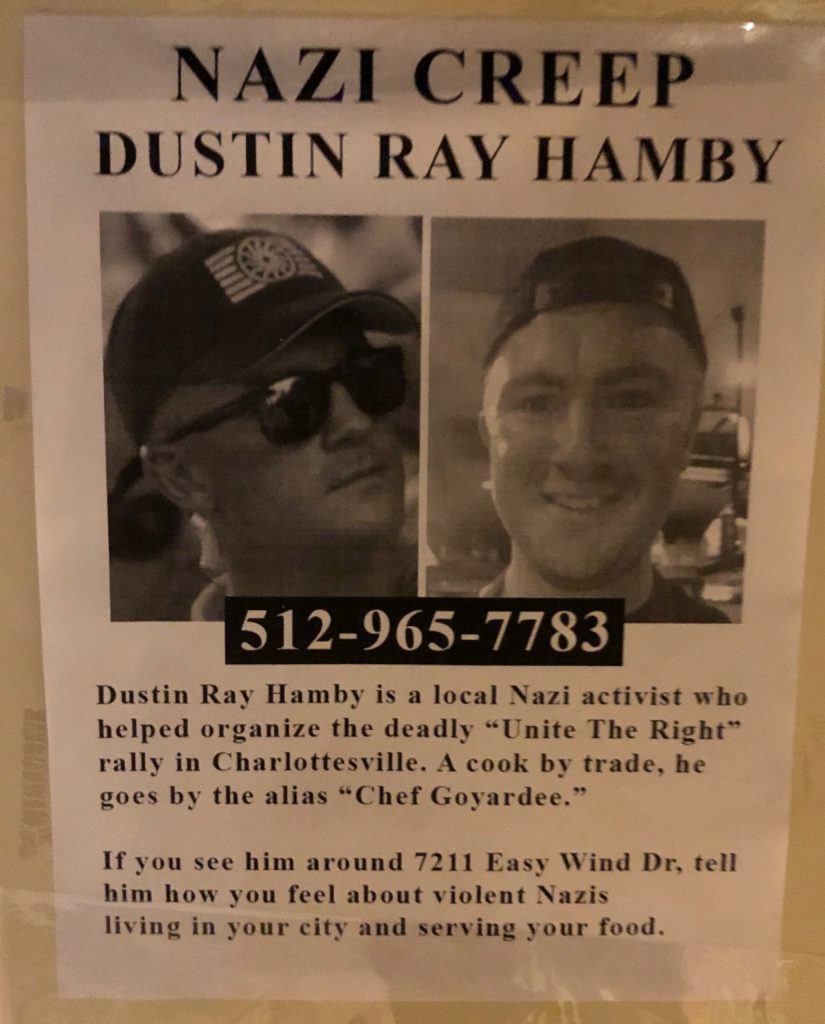 Prior to his current role with Patriot Front, Hamby was a member of more casual fascist clubs like the “Edelweiss Order”, aka the “Whomsters”, and the “Kek Group”. His activism took a more serious turn when he helped plan the June 17th, 2017 “Texas Is Ours” event for Vanguard America. He also participated in the Austin “March Against Sharia” event June 10th of the same year alongside Paul Gray, and attended the disruption of the Houston Anarchist Bookfair.

Hamby then became the key Texas organizer for the deadly “Unite the Right” march in Charlottesville. He coordinated van rentals, carpools, and hotel reservations for Texas Nazis. His username “Chef Goyardee” also appeared in a Charlottesville related lawsuit. Additionally, Dustin designed and sold the Red White and Blue Sonnenrad flag (pictured below) which has been flown by erratic Nazi, domestic abuser, and kidnapper William Fears, among others.

In October 2017 he accompanied Richard Spencer to the University of Florida in Gainesville, serving as a security coordinator. After the speech, Texas Nazis Tyler Tenbrink and the Fears brothers were arrested for firing a pistol at protesters.

As his alias implies, Chef works in the food industry. He consistently alienates his coworkers with his racism and immoral behavior: at Black Star Co-Op he had his “MAGA” hat tossed into the fryer, and at The Hightower (now closed) he was reported to have groped male coworkers without their consent – despite being in a long-term relationship with fellow fascist Connor Graham. He has previously written fantasies about insulting and scalding his immigrant coworkers, though there are currently no indications he’s actually followed through yet.

Below, you can see some of the types of things Dustin posts about under his alias:

It speaks to Patriot Front’s fear and decay that they have chosen a drunken abuser as their leader for Central Texas. His days of fascist organizing will be brought to a sudden end soon. 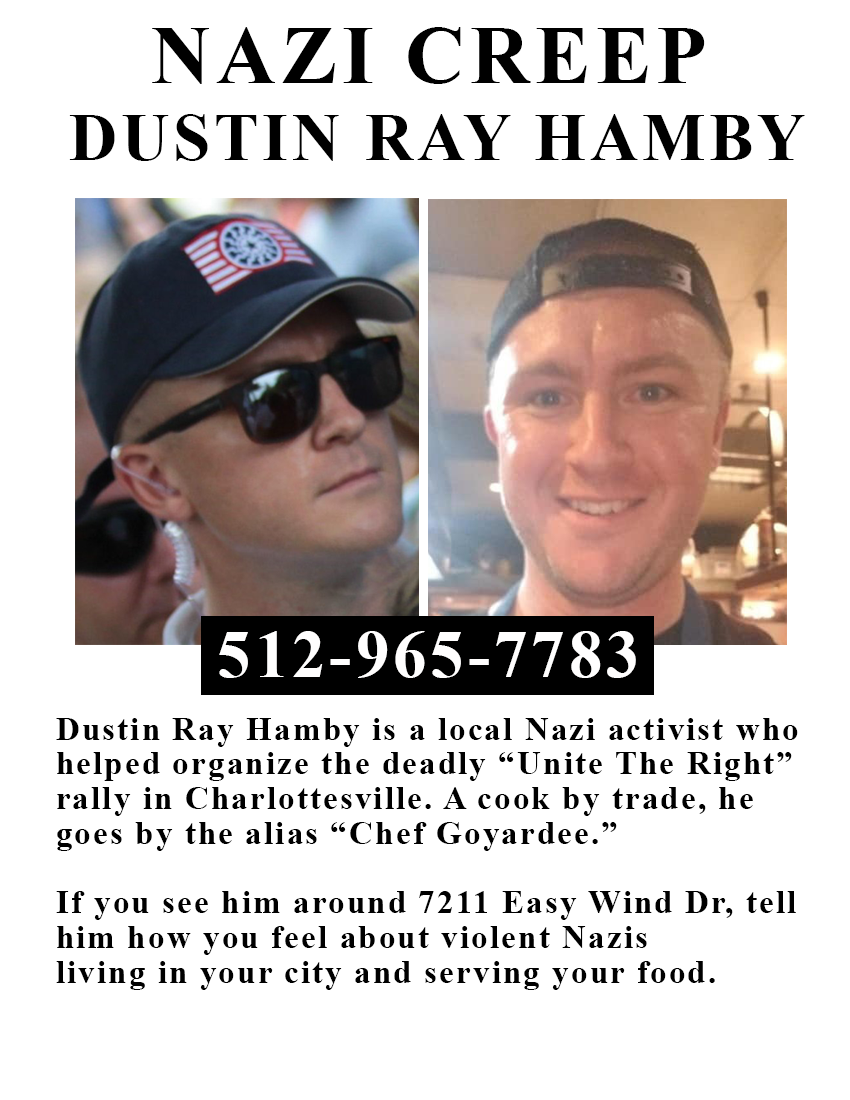